“A Corda”, by Neide Sá, is on view at “Pinacoteca: Acervo”, an exhibition that gathers some of the recent acquisitions in dialogue with works from the museum’s collection. The curatorial project mixes historical moments and artistic techniques, debates the representativeness of women, Afro-descendant and indigenous artists in the collection, investigates the relations between art and society, as well as the representation of the landscape and the urban space. The exhibition is all built on conversations, a strategy tested for many years by the educational programs. “Pinacoteca: Acervo” can be visited free of charge every day of the week by appointment. 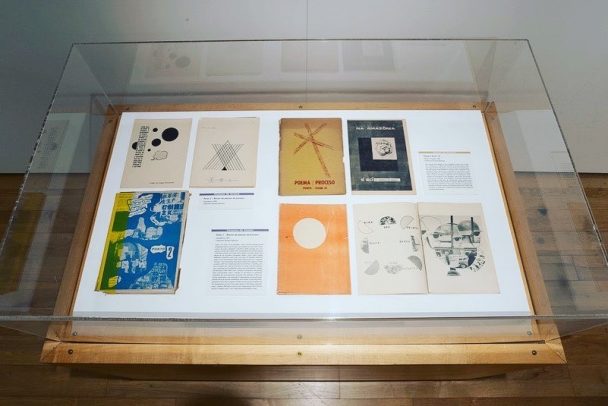 With the participation of the Poema/Processo group, it is on view today at the John Young Museum of Art, “Networks, Collaboration and Resistance in/between Portugal and Brazil, 1962–1982: Works from the Arquivo Fernando Aguiar and the Coleção Moraes-Barbosa”. Curated by Dr. Rui Torres and the director and chief curator Maika Pollack, the exhibition features works by more than 400 writers and artists and will travel to the Municipal Galleries of Lisbon in 2021. 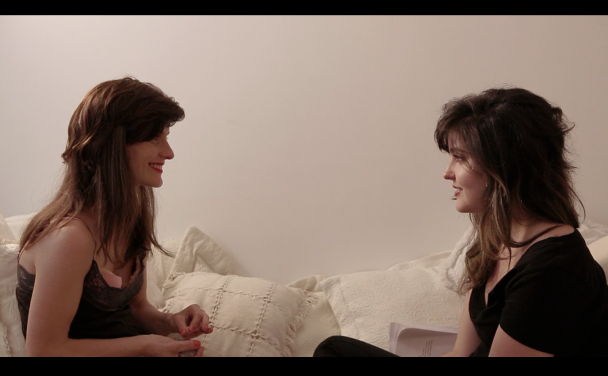 Anna Costa e Silva is the first artist to participate in the virtual residency “In the Wilderness”, at Interior Beauty Salon, an invitation of curator Nicolás Estevez, from New York (USA). At the beginning of the residency, there will be a pandemic and remote version of “Éter”, a research process on the state of vulnerability that precedes the sleep that occurs through conversations. “In the Wilderness” is the online equivalent of the artist residency, in which the resident artist is encouraged to roam the inner landscape of his choice. The processes investigate the intersection of healing and ecology, gender, race, sexuality, spirituality, activism or the arts. The experiment takes place from October 25 to 31, via zoom, restricted to one person per night. To participate, send a message to: +55 21 99406-9009 or annacostaesilva@gmail.com 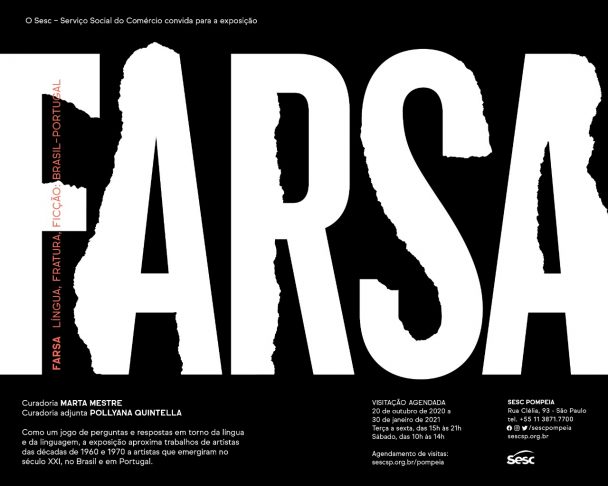 Today, the FARSA exhibition opened at SESC Pompeia, with works by Neide Sá and Pietrina Checcacci. The exhibition brings experimental proposals from the 60s/70s closer to the production of artists who emerged in the 21st century, in Brazil and Portugal, investigating the tongue and language challenges, and deconstructing them, in countries that share a language that was a oppression factor and a freedom vector. FARSA will run until 30.01.2021, and can be visited by previous appointment. 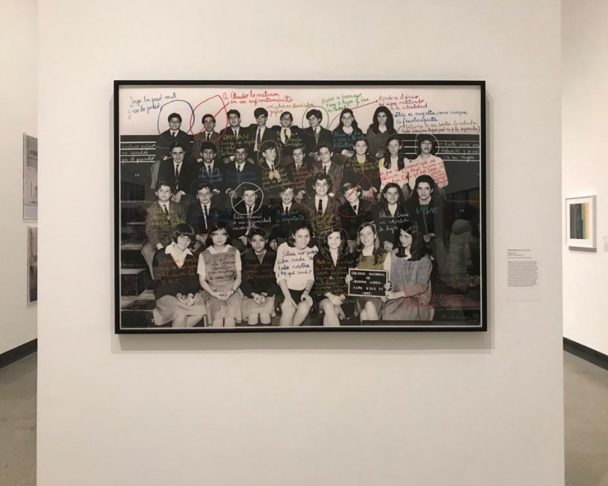 “La clase”, from the series ‘Buena Memoria, 1967–1996’, by Marcelo Brodsky, is on view at the Metropolitan Museum of Art in New York. The artwork, which was acquired by the museum in 2006, now composes the exhibition “Pictures, Revisited”, a dive into the Met’s contemporary photography collection to explore visual appropriations as photographic strategies. Brodsky’s work was carried out in 1996, when he returned from exile at age 40 and found the image of his group of colleagues from the National School of Buenos Aires (CNBA), the class of ‘1st year, 6th division’, as the caption says . Brodsky intervenes in the photograph with crayons, showing the fate of each one. Around that year, the artist organized a tribute to the disappeared ones of the Argentine military dictatorship, in which he made a list with the names of the murdered schoolchildren: it reached 98 at the time. Besides this Met edition, “La clase” also integrates the collections of Pinacoteca, Tate Modern, the Museum of Fine Arts in Houston and the National Museum of Fine Arts in Buenos Aires, and has participated in 250 exhibitions around the world. “La clase” is in room 851 of the Tisch Gallery, at the Metropolitan Museum of Art in New York, and will be on view until May 9, 2021, in the “Pictures, Revisited” exhibition.