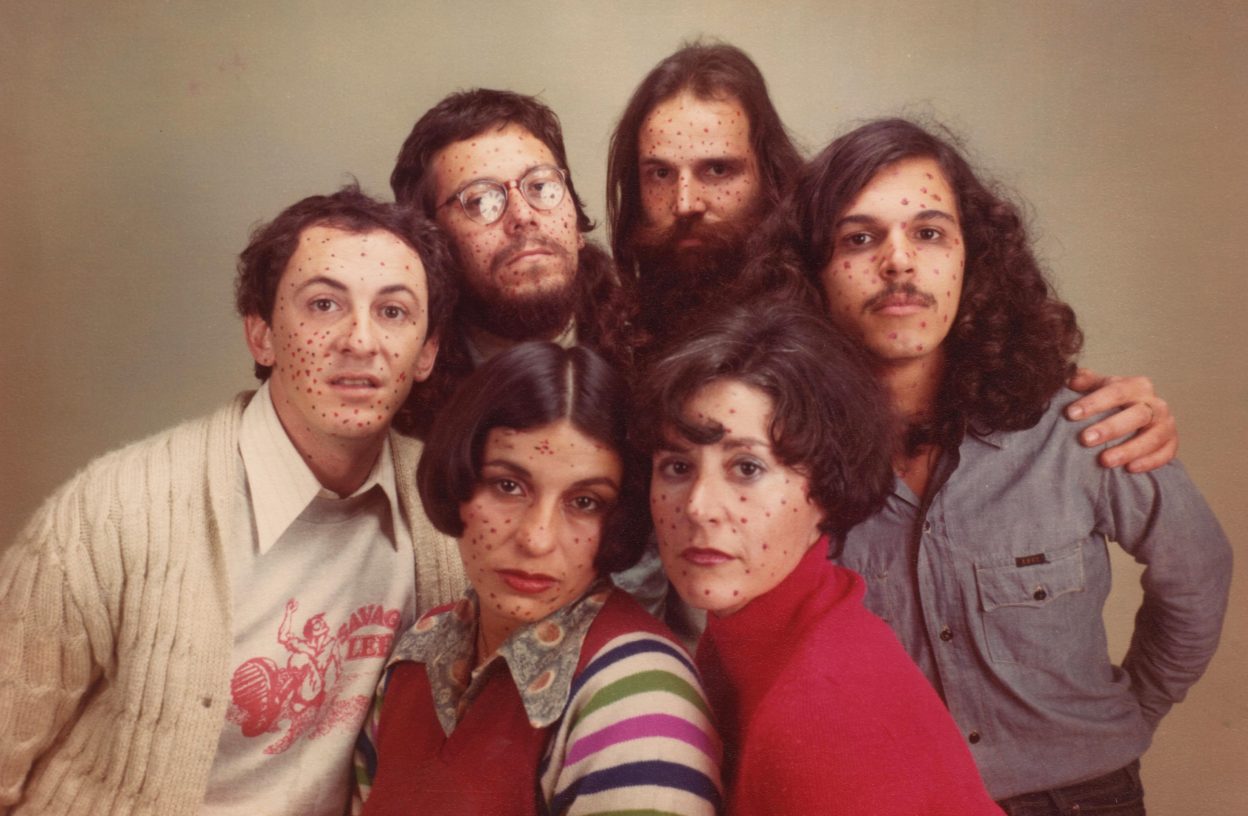 The Nervo Óptico [Optical Nerve] Group was a movement of avant-garde artists from Rio Grande do Sul, Brazil, active between 1976 and 1978. Its inventive production — mainly using photography as a support for experimentation — stands out for its criticism of the market logic as conduit for cultural policies.

Nervo Óptico was the name adopted by Carlos Asp, Carlos Pasquetti, Clóvis Dariano, Mara Álvares, Telmo Lanes and Vera Chaves Barcellos, in 1977, to name a monthly publication “open to new visual poetry”. Printed in off-set, in the format of “posters”, this graphic material was distributed free of charge. Published monthly for 13 months, each edition contained unpublished works by artists from the group or invited artists. With the publication of the “posters”, the work of the artists began to reverberate outside the state. The group began to be known as Nervo Óptico, a name given by the critic Frederico Morais in a newspaper article and later adopted by the group.

The activities of the group were extended until 1978 with the creative sessions, which yielded an abundant photographic material of experimental actions and activities, characterized by humor and inventive games. Nervo Óptico Group also participated in other exhibitions, such as those held at the Galeria Eucatexto and the Instituto de Artes, at the Centro Cultural São Paulo and at the Vera Chaves Barcellos Foundation, in Rio Grande do Sul.