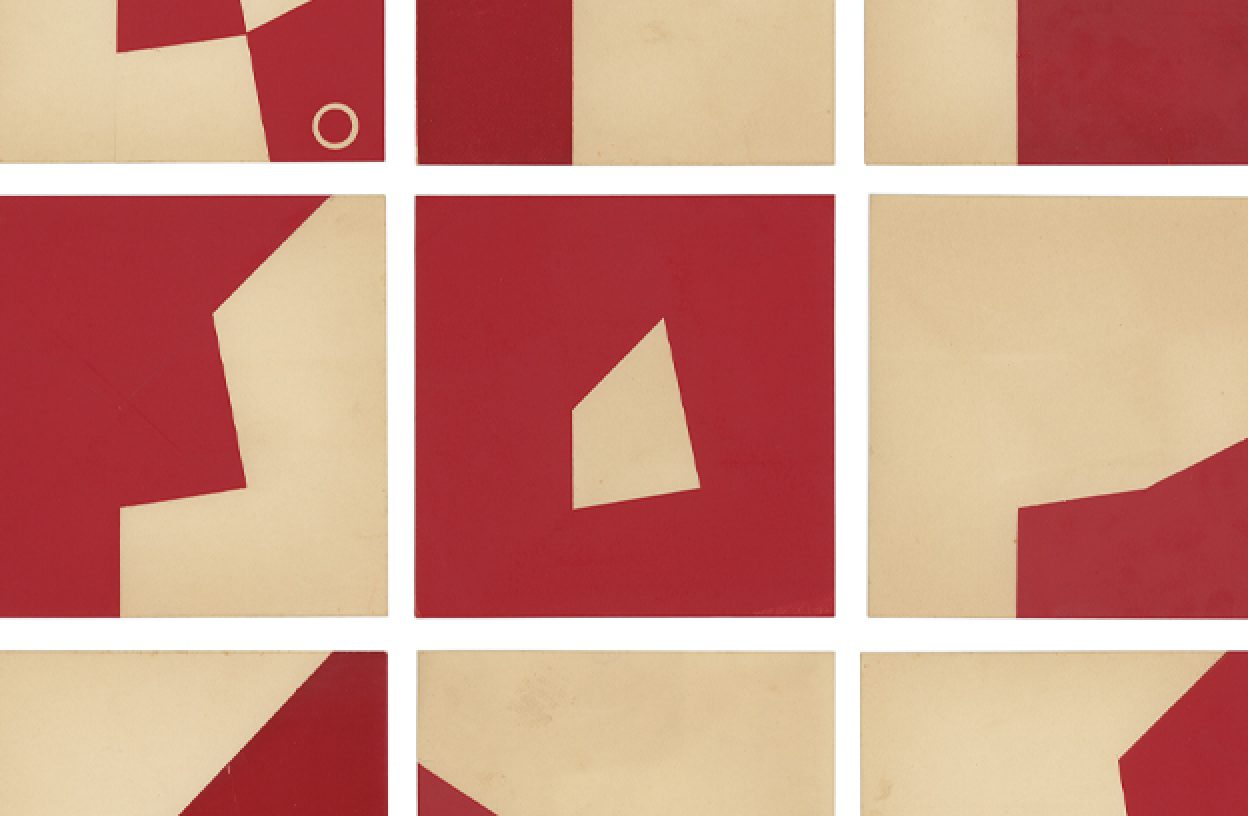 Wlademir Dias-Pino, born in Rio de Janeiro on April 24, 1927, in the Tijuca neighborhood. He is a poet, visual artist and graphic artist. As a result of political persecution, his father moved with his family in 1936 to Cuiabá, where he spent his youth. In 1939, at the age of 12, he edited at the printing shop of his father, who was a printer, his first book: Os Corcundas. In 1948, in Cuiabá, founds the avant-garde literary movement Intensivism, which already has strong formal innovations that anticipate the most radical trends in visual poetry and visual arts of the 50’s and 60’s. Back to Rio de Janeiro in 1952 , he participates in the vanguard political and cultural movements of the time. One of the six founders of the Poesia Concreta movement in Brazil (they are: Décio Pignatare, Ferreira Gullar, Haroldo de Campos, Augusto de Campos, Ronaldo Azeredo and Wlademir Dias-Pino). Participates in the 1st National Exhibition of Concrete Art, in 1956, having also been one of the founders of the Poema/Processo in 1967 and the first author to elaborate the concept of “book-poem”, with the poem A Ave considered by Moacy Cirne and Álvaro de Sá the first known example of this type of poem. What characterizes the book-poem is the exploration of the physical characteristics of the book as an integral part of the poem, making them one physical body, so that the poem only exists because the book object exists.

A Ave, a small-scale artisanal book (no more than 300 copies made by hand and never reissued by the author), was prepared from 1948 and released only in April 1956, before the National Exhibition of Concrete Art. A Ave already assumed the visual element as the main structural agent of the poem. From there, producing his own conception of concrete poetry, the poet intended to express, for example, through a graphic what would need a long verbal discourse to be said. As such, his visual poems include graphics, perforations, figures, etc., in addition to written characters and sometimes even give up the word to become purely plastic, non-verbal.

Differing from concrete poetry in its essence, which saw paranoia as the main engine of poetry, extrapolating the context of verbal language, Dias-Pino works with the symbolic and the metaphorical, seeking a kind of pure metaphor. Wlademir is also the author of two other fundamental books of Brazilian literature: SOLIDA (1956–1962) and Numéricos.

Anthonio Houaiss considered him “one of the most discerning visual researchers in Brazil”.