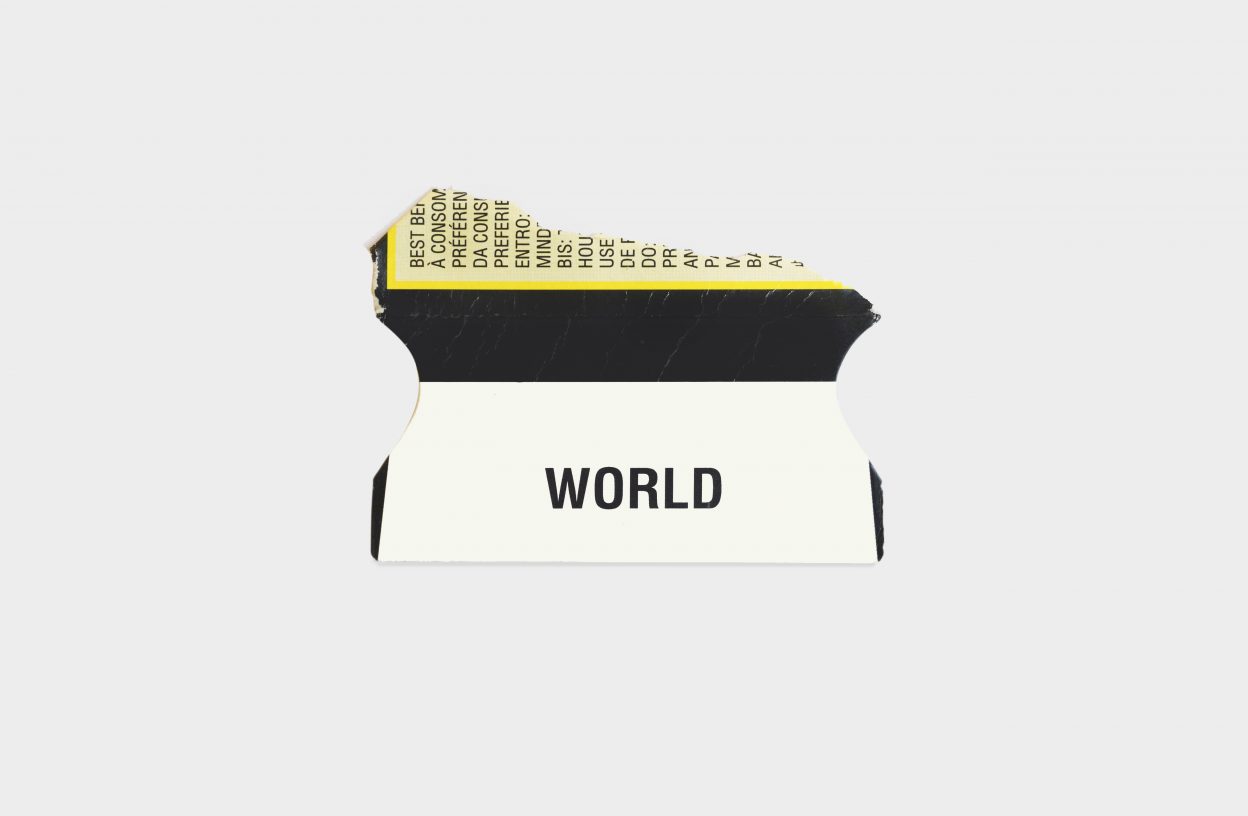 Superfície Gallery is pleased to announce its new exhibition entitled Reset: second solo show by artist Betty Leirner held in our São Paulo venue, which this time hosts the show even though it is temporarily inaccessible to visitors.

It is in this context of physical and social isolation that the exhibition, composed of two works, takes place on the two floors of the gallery. Denominated by the artist as ‘subjectobjects’, the works entitled ‘W’ and ‘R.O.W’ present themselves as ‘essence-work’, an artwork that is independent of physical contemplation, which makes particular sense in face of the moment we live in. A ‘subjectobject’ made of words that produce echoing sounds, reverberate, with its images, letters, with what is said or with what is interdict.

Conceived in Europe between the 1990s and 2000s, with a word/message found printed on an English biscuit box (the oldest continuously operating biscuit factory in the world, named biscuit makers for Queen Victoria in 1841), the works ‘W’ and ‘R.O.W’ manifest and become visible, at a precise moment, of possible revisions, and, in the midst of a world of excesses, they make themselves present as words/objects floating in the silence of our space.

Inaugurated as of today, the exhibition can be accessed by images, texts, essays in Portuguese, French and English.

The exhibition also includes a printed catalog (+ PDF version), with the essay “The presence of the Word” written by Art Historian Adon Peres especially for the occasion.

Access to the exhibition is given exclusively by the PDF version of the catalog.